Alcalica is a music and sound design company that can provide original soundtracks, sound design and access to a database of field-recorded sounds and own produced tunes.

It has produced original soundtracks and tailormade soundscapes for movies from comedy to documentary, art-film to didactic material. Compositions for the theater and dance theater are sometimes played live at the shows. Alcalica appears on several compilations, samplers and collaborations. Operating a broadcast quality portable studio.

Alcalica's work is protected by creative common laws as well as copyright laws, depending on the piece of work. Any commercial use is prohibited and may be prosecuted. When you use or download our music for non-commercial use, please quote us, name us: Music by Alcalica.

A tale of morality, and what is it that makes us happy in life. Some of the scenery is just outstanding in its beauty.

- A bounty hunter looks for a lost dog in a desert, a strange place which will push him to get rid of everything if he wants to achieve his goal.

documentary film that is part of the series: "Cultural Interactions".

An American young lady visits the off-the-beaten places in Istanbul and interviews the most interesting characters with her questions about the most wondered topics.

In the selection of places, popular places were never ignored but the approach was changed to be more intercultural.

Radio Boarding Pass by K. Koukoulis, 7', 2012, in the frame of North Aegean Narratives

Music and sound design by Alcalica

Which side are you from? What language do you speak? What do you believe in? What’s the meaning of all this? The images are so similar; the sea, the nature, the men and their cultures; quite impossible to differentiate between. Two coasts are so close to each other that you can think of them as a single continuum. Yet, no! The borders are there to disrupt this perception. And we do have many borders, even if you don’t see them. But radio waves are not bounded by those borders. They cross the sea and reach the receievers on the other side. Radio is free to travel, we’re free to travel along with it.

(t)here by Zac Ioannou, 2012 in the frame of North Aegean Narratives

“(t)here” is the other side. Or it could as well be this side. Greece or Turkey, Europe or Asia, East or West. No matter where you are, you are always either “here”, or you are always “there”. The only place where this distinction becomes meaningless is at the sea.This short documentary highlights the link between the two lands, two cultures and two peoples through the eyes of a man who has been connecting them for the past 30 years. The man in between. At the sea, with his ship being the bridge allowing others to cross, to connect and to return. Always going from here to there…

North Aegean Narratives is a cross-cultural project designed to contribute to the fostering of mutual understanding between Turkey and Greece, and to interconnect two communities at a local level through collaborative works of Turkish and Greek media artists.

Documentary:
Mare Nostrum was produced in three places located along the Mediterranean borders of the European Union: Ceuta, a Spanish enclave on the African continent, Lampedusa a Siciilian island at 113 km of the African coast and 205 km away from Sicily; Lesbos, a Greek island of the North-East Aegean Sea at about 5 km from the Turkish coast.

These places share some common social and geographical caracteristics: a geographical isolation/reclusion, a point of passage of the migration routes towards Europe and hence, places subject to particularly intensive migration policies.

Comedy:
A coffe shop owner refuses to serve coffee. Four clients insist on ordering. An ice-cream freezer contains the last few ice-creams for the season that everybody is craving for!

The coffee shop owner seems to have everything under control but the clients are ready fo the snatch! The villages are being left empty, the coffee shops remain the centre of attraction for those who refuse to leave.
A comedy situated in the Greek countryside.

SA video dance piece which integrates mime and theatrical elements. This is a story about mutual cooperation between two characters, helping each other to walk, in a dreamlike and surreal backdrop.

The ballerina trapped inside a lamppost suddently falling to the ground where she discovers that she can not move her legs. A strange glass bottle containing moving colors teaches her the way to conquer back space.

An intimate x-ray of a distant space through its ghosts, absences and history. Interior and exterior landscapes are superimposed, weaving an airtight landscape within which the main characters project their desires.

Thriller
A white English man and woman go to India with a British Indian man who wears tattoos including a swastika and has never been to India. They buy drugs and antiques, and are busy stuffing one into the other in their budget hotel when a lot of police arrive.

There's a neat twist in that the white English man is fully at home and speaks the language fluently. He's easy-going too, and negotiates a bribe. The Indian police pick on and humiliate the British Indian man - he's aggressive and rude which doesn't help - saying he's 'neither one thing nor the other'.

There's a 24-hour race to see if they can raise the bribe money and get their seized passports back. Shot on location in urban and (briefly) rural India, it's a taut action thriller with a tight script. It feels exactly authentic to its backpacking scenario - the uneven colour-matching fits its feel superbly - shot on buses, cheap hotels, tourist stalls, street cafes, with lots of real people seeming to be part of the film, and great performances from a large cast.

Music and sound design by Alcalica

Documentary
In fact, nothing is as romantic as it seems or we think.
especially for a small fisherman.once upon a time, you get up in the morning and look through the horizon. your eyes are red. your hands are chappy. you are cold. a fish yard protected by you, your father, his father, old people of Foça or lycians since thousands of years has been wretched by a big boat, say five tons of fish were caught overnight. and the yard has finished forever. the fish has finished. the sea has finished. the respect has finished. the love has finished. the neighbourhood has finished; most of the greek neighbours have moved far away...
lie and hypocrisy, greed and violence have started. that is what we are living through in today’s mediterranean and in today’s world...we are going to learn about the mediterranean sea, mother of seas.

The film includes the accurate 3D reconstruction and animation of the sophisticated and complex marble cutting machinery that used to form a central part of the marble mining process. The marble cutting machine that was reconstructed in 3D was in use in the 1920's but does not exist anymore. However, parts of it have been physically restored and can be seen at the museum of Marble crafts on the island of Tinos. 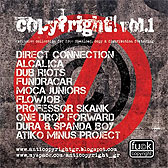 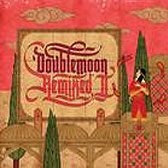 (You can listen to it, here)

(You can listen to it, here) 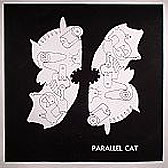 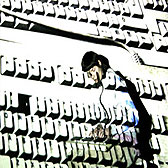 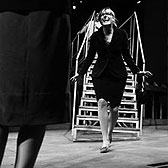 Guten Morgen Du Müde a Hörspiel based on the book by Anna Opel, regie P.Conley, Berlin, 2007.